If you haven’t already started a barbecue bucket list for your travels around Virginia, then you’re in luck; we’ve got a few suggestions for the best barbecue in Virginia, from the best-kept secrets to award-winning spots that you need to try. Add these 20+ barbecue destinations to your travel itineraries for a little extra flavor during upcoming Virginia visits. Since 1992, Buz & Ned’s has been serving up their barbecue to their loyal fans in the capital city. After steadily growing in popularity, the restaurant gained national acclaim when owner Buz Grossberg appeared on “Throwdown with Bobby Flay” (which he won!), followed by “Man vs. Food”. The menu features BBQ pork, pulled BBQ chicken, beef brisket, smoked wings, and several different types of ribs, all smoked on-site with 100% hardwood. With a wide array of sides, appetizers, drinks, and desserts, Buz and Ned’s has an impressive southern style menu that will guarantee you don’t leave hungry. 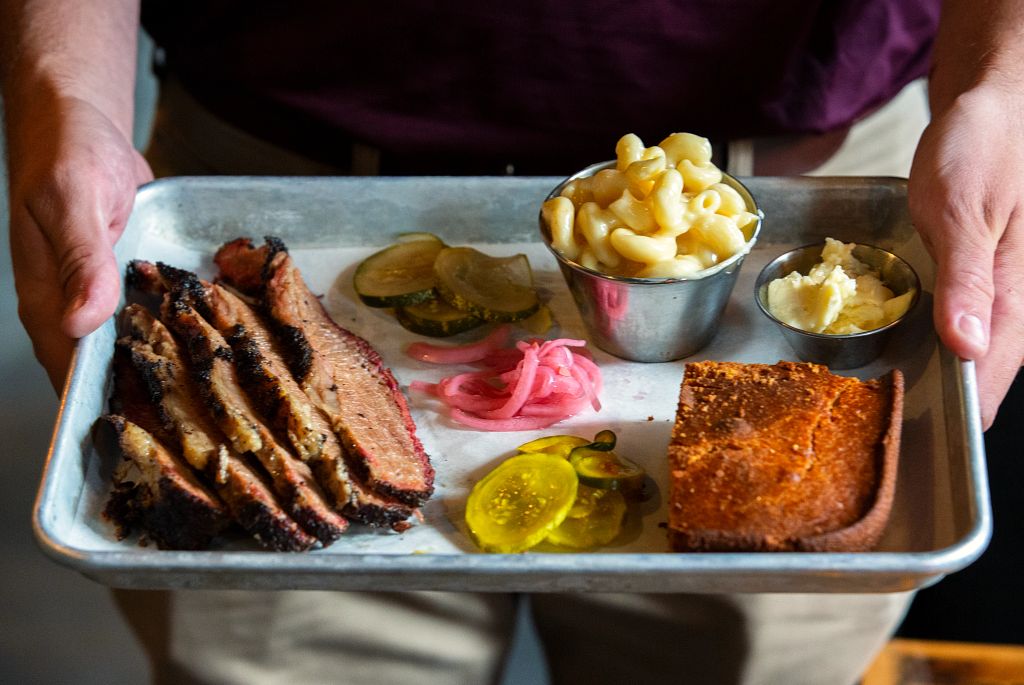 Old City Barbecue uses traditional barbecue methods like smokers fueled by hardwood coals and using only the highest quality meats that are pasture-raised, locally sourced, and certified humane. Favorites include prime brisket, pasture raised chicken, Heritage Farms ribs, and pork belly, served with sides like mac and cheese, pit beans, and cole slaw, all with their own unique twists.

South Hill’s Risin’ Smoke BBQ cooks all their meat low and slow, using hickory wood to infuse flavor into their barbecue. Before smoking their pork shoulder, beef brisket, pork ribs, chicken, beef bologna, turkey, and other meats, they cover it in a thick layer of their homemade rub. Pick your meat and add a few sides to complete your meal, like the macaroni and cheese or the onion rings, both fan favorites. Try the barbecue with their three homemade sauces, a classic vinegar-based red sauce, the sweet sauce made with Hungry Hill Farms honey, or the habanero hot sauce. If you’ve got room, order one of the desserts, all made in-house by a mother/son duo. We recommend the cheesecakes, which come in a variety of flavors like cookies and cream, peanut butter chocolate chip, and cinnamon roll.

Checkered Pig Barbecue is well known by both locals and barbecue aficionados from all over the country. In addition to winning several notable awards for their ribs, barbecue, and sauces, this small town barbecue joint has been featured on both the Food Network and Destination America. Every day, the meats are pit cooked over real hardwood, infusing the barbecue with lots of flavor and tenderness. Checkered Pig is known for being affordable, fast, and delicious, making it an ideal pit stop for any road trip through southern Virginia.

The incredible flavors that you’ll find at The Bone BBQ are not based on some secret recipe the family has been using for five generations. Instead, the owners of this barbecue restaurant depend on using quality ingredients to craft their fine barbecue. Every ingredient is carefully selected to reflect the restaurant’s high standards, from the Certified Angus Beef Brisket and fresh produce to the hickory logs used in the smoking process. You can’t go wrong with any of the barbecue offerings at the Bone BBQ, but the award-winning ribs are definitely worth a try. 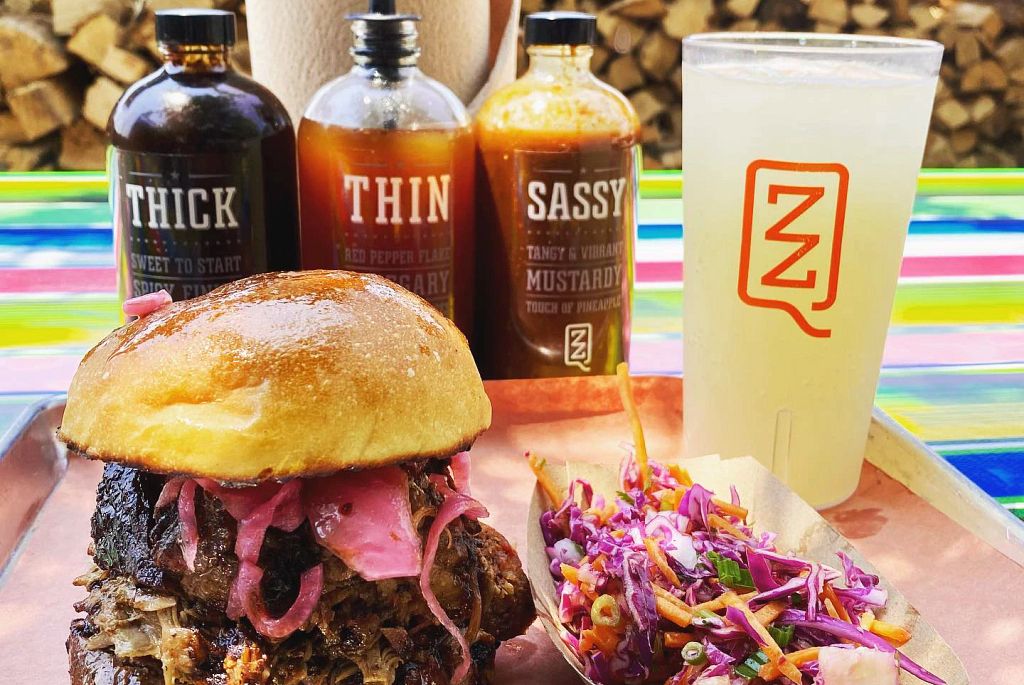 The accolades keep piling up for Scott’s Addition-based ZZQ, including recognition as the “Best Barbecue in Virginia” by Food & Wine and one of the 33 “Best BBQ Joints in America” by Thrillist. Recently, Garden & Gun featured this Texas-style barbecue eatery in their “Guide to the Best New Southern Barbecue Joints.” So if you’re visiting the Richmond area and wondering what award-winning barbecue tastes like, swing by ZZQ to find out. Come early, as they close the restaurant once they run out of smoked meats for the day (and this happens nearly every weekend!).

YummyPig BBQ does it all when it comes to smoking, serving a wide range of meats including pork, chicken, brisket, ribs, rib tips, bratwursts, and chicken apple sausages. Add a healthy dose of their homemade sauces, such as the Sweet Bourbon, Tequila Mustard, Four-Pepper Vinegar, or Chipotle sauce. Start with one of their delicious appetizers, like the Pig Pen Nachos, made with crispy kettle chips layered with a cheesy mornay sauce, smoked pork and chicken, salsa, kale, slaw, an avocado-lime crema, and pico de gallo, for a filling but fantastic barbecue experience. Dine at Shawn’s Smokehouse BBQ Company to try some of the juiciest house-smoked meats in all of Virginia. In addition to their brisket, pulled pork, smoked chicken and wings, ribs, and burnt ends, they concoct all of their sauces and sides in-house. If you find yourself envious of their smoking skills after your meal, you can sign up for Shawn’s BBQ School, a full day of hands-on barbecue training that teaches you everything you need to know to become a barbecue master.

Pulled pork, beef brisket, Angus chopped beef brisket in “Q” sauce, and smoked turkey breast are all slow smoked over seasoned oak and hickory woods at Poke-E-Joe’s in Lynchburg. How slow? They spend anywhere from 12 to 16 hours cooking meats over low heats between 190 and 210 degrees. The spice rub used to season the meat ends up curing into a sealed crust over the meat, preserving the tenderness inside. The resulting meats are rich, smoky, and full of flavor.

The Apple House in Linden is a family-run barbecue restaurant that has been a staple in the community for over 50 years. Specialties such as pulled pork barbeque, half-pound Bully burgers, and beef brisket are served with your choice of sides, including seven-bean baked beans, cornbread salad, coleslaw, and homemade candied jalapenos. Top your heaping of barbecue with a generous serving of the secret sauce, a slightly sweet vinegar-based recipe that pairs perfectly with the hickory-smoked meats. After the meal, stop into the restaurant’s gift shop to browse an extensive selection of Virginia-themed products and gifts. 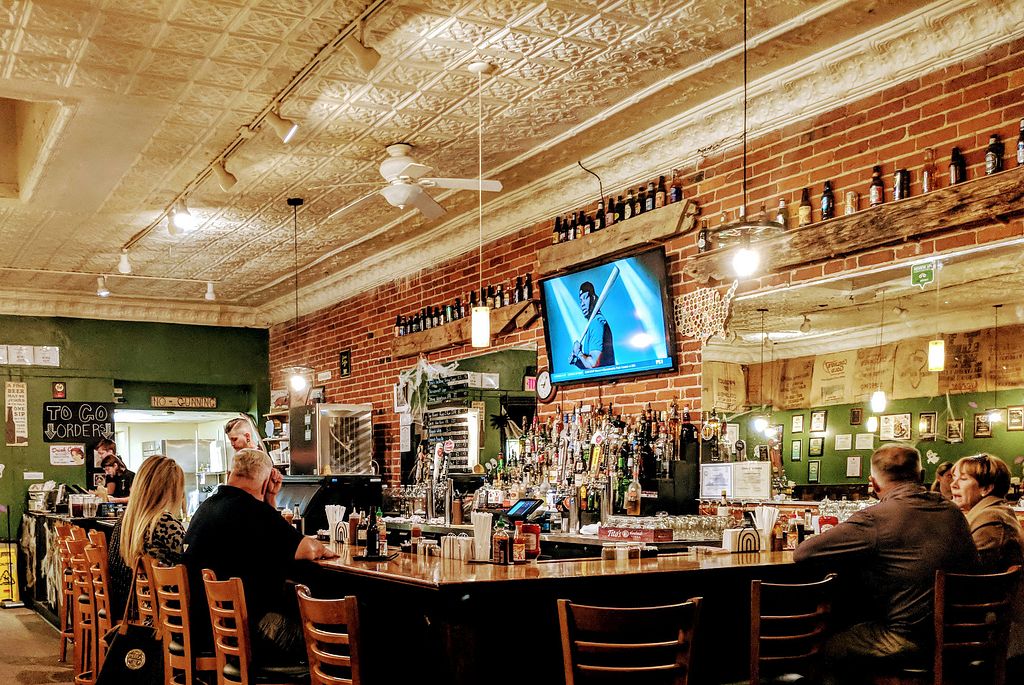 Ranked as the #1 Restaurant in Urbanna by Trip Advisor and featured in Southern Living’s Off the Eaten Path “Second Helpings” book, Something Different specializes in what they call “Fine Neanderthal Cuisine”. The restaurant uses their own unique blends of seasonings and rubs before pit smoking several types of meats, like pulled pork barbecue, Texas-style beef brisket, and tri tip, and finally serving them with homemade sauces for a mouthwatering finish. The down-South food is complemented by regular live local music, a full bar with creative cocktails and craft beers, and a boutique shop that sells everything from homemade pies and ice creams to freshly baked breads and roasted peanuts.

Located on Main Street in Historic Downtown Abingdon, The Bonefire Smokehouse specializes in ribs, barbeque, and southern cuisine. While the restaurant is passionate about their barbecue, they are also dedicated to preserving the music of Southwest Virginia, hosting performances from regional and national musicians every Thursday through Sunday. The smoked meats at Bonefire Smokehouse are a purists’ dream, with no sauces added to the barbecue before they reach your plate. But if you’re a barbecue aficionado who doesn’t mind a little (or a lot of) sauce, they provide a handful of original recipe sauces for you to top your barbecue at the table. In 2016, the restaurant was named the regional winner of the Best BBQ by Virginia Living Magazine, and they were also awarded “Best Ribs in America” by the Regis and Kelly Show in 2009.

More of the Best Barbecue Spots in Virginia: 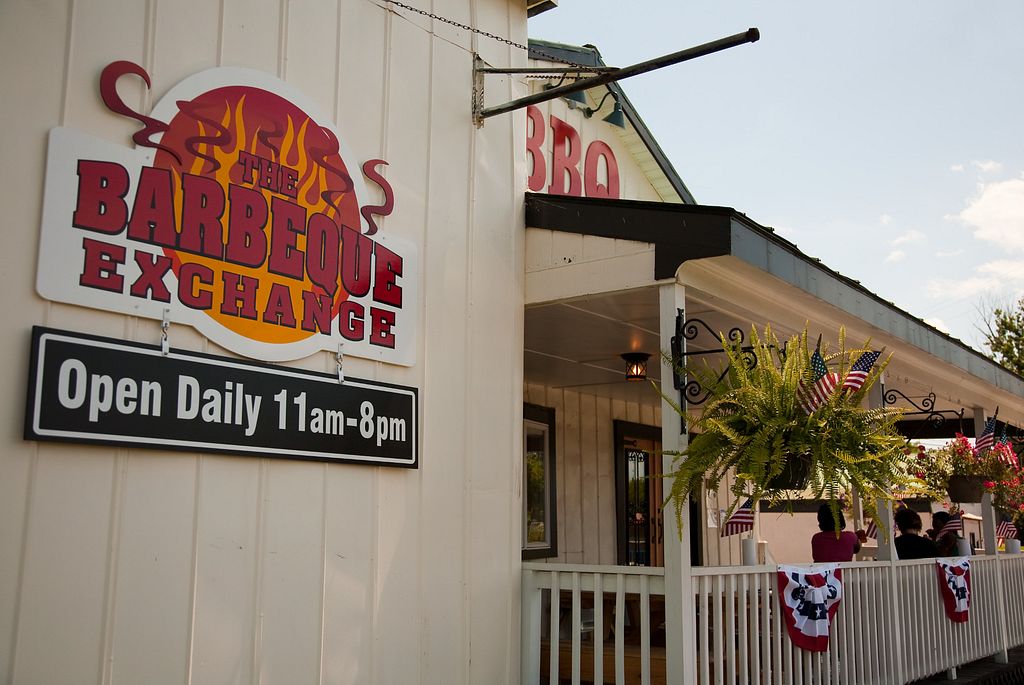 Looking for even more places that smoke incredible barbecue? Check out these previous articles for Virginia barbecue fans and share your favorite places with us in the comments below!